So much fun on the airwaves this past Friday morni

Join me and members of my Royal Court to get Fiest

I It was great to be back at St. Anthony Catholic

Join us at Monarch Trophy Studio this Saturday, Ma

We had an excellent visit with the students at St

Thank you to the Women’s Club of San Antonio for

Thank you to the San Antonio Women’s Club for in

April is #NationalPoetryMonth! This is a great tim

Families rejoice! The Splash Pad at Hemisfair has

We could not be more pleased that our city's vacci

Make your weekend a little sweeter by adopting a f

This error message is only visible to WordPress admins

Error: Access Token for aguillonreyfeo is not valid or has expired. Feed will not update. 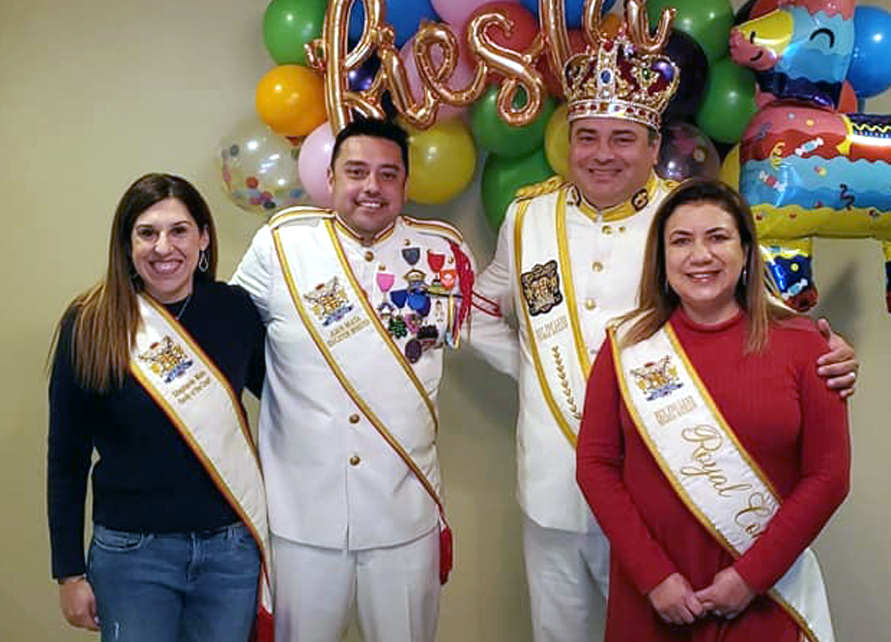 Born and raised in San Antonio, Thomas Aguillon is the child of a single mother who worked hard so that he could obtain a good education. Because of the example his mother set, he understands the value and benefits that come from hard work and determination. Now, it is his goal to give back to his community the same opportunities he was so generously afforded. As Rey Feo LXXII, he will continue his commitment to assist deserving students in fulfilling their dreams of attaining a college education.

Thomas is a proud graduate of Central Catholic High School. He attended The University of Incarnate Word on a basketball scholarship, and graduated in 1997 with a B.A. in Public Policy Administration.

Thomas has worked in the Government/Public Affairs field for 21 years and is currently the Director of Government Affairs for Charter Communications where he works on legislative and regulatory issues. Thomas oversees over 140 different municipalities and military installations in South Texas. In 2003 he was hired at Time Warner Cable (now Charter Communications) as a Business Development Coordinator and was promoted to Government & Public Relations Manager in 2006 and Director of Government Affairs in 2007 and will celebrate his 17th anniversary in 2020. Before working with Charter, he served as the Chief of Staff to San Antonio City Councilmen for District 1, Bobby Perez and Roger Flores, Sr. from 1997 to 2003. 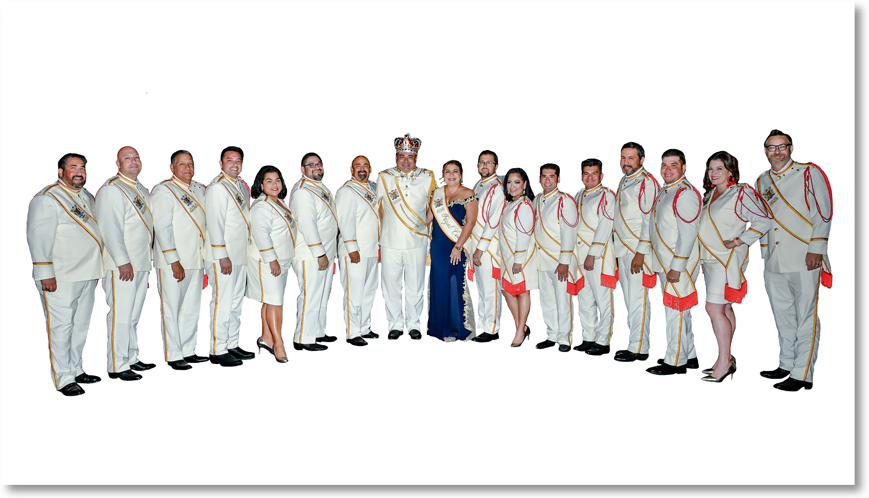 As an active participant in the Rey Feo Consejo Educational Foundation since 2009, Thomas has been elected to represent the membership four terms as a Board Member, including two as an Executive Board Member and has served on three courts. In 2010, he was the Transportation Minister to Walter Serna, Rey Feo LXII, in 2015, was Prime Minister to Jon Gary Herrera, Rey Feo LXVII, and last year was Executive Minister to Fred Reyes, Rey Feo LXIX. Each time, Thomas gained more experience and knowledge. It is these experiences

that have prepared him to represent the Rey Feo Consejo Educational Foundation in a manner becoming of King Rey Feo LXXII. Thomas is an active member of the community and has helped raise over $150,000 as a participant in Ring Side San Antonio, which supports the San Antonio Area Foundation’s South Texas Hispanic Fund. In addition to his work supporting education, he and his family also host an annual golf tournament, the Aguillon Golf Classic. Since 1991, the tournament has raised money for Diabetes awareness, and over the past 10 years more than $120,000 has been donated to the local San Antonio Texas Diabetes Institute.

Thomas is married to Melissa Aguillon, President & CEO of Aguillon & Associates LLC, and they celebrated their 17th wedding anniversary March of this year. They met at City Hall in 1998 when they were working for various City Council members. They have two children, Benjamin 16, and Karina 11. Benjamin is currently attending Central Catholic HS and Karina attends St. Anthony Catholic School. When Thomas isn’t attending to his family, he enjoys playing golf, basketball and reading history books. 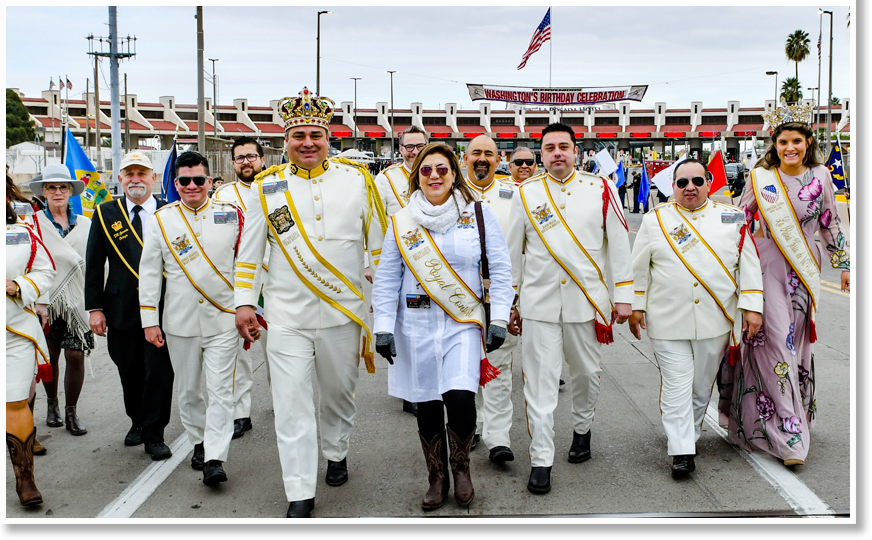 Thank you to all who have shown support of my campaign for Rey Feo! If you aren’t a current sponsor but would like more information, please visit our Sponsorship Opportunities page. If you are interested in giving a one-time donation or purchasing tickets, CLICK HERE. 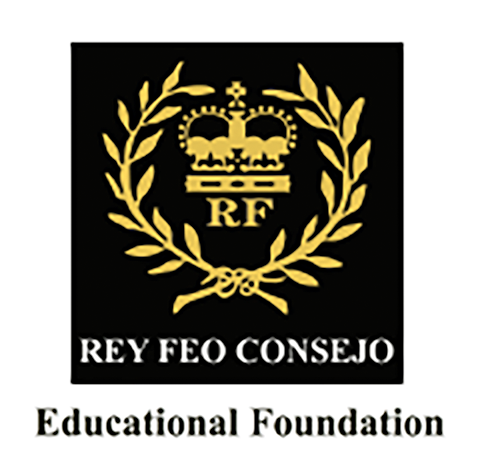 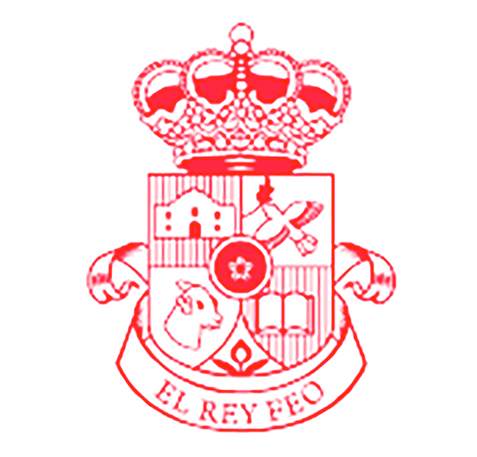 THE LEGEND OF EL REY FEO

The story of El Rey Feo goes back to the days of medieval Spain. During this time, the King of Spain had distanced himself from his subjects and excluded them from his court; instead, he surrounded himself and his court with the wealthy, attractive aristocrats. Ordinary citizens soon resented the King for banning them from the court and for never appearing in public except for when he would go hunting. One day as an act of rebellion, the people gathered in the plaza and proclaimed one of their own as “The Ugly King” or The People’s King.

This celebration of the populace traveled to the New World, and it was in Aguas Calientes, Mexico during La Feria de San Marcos (The Festival of St. Mark) when the first Rey Feo ruled in North America. Later, in 1947, members of the League of United Latin American Citizens (LULAC) Council No. 2 in San Antonio, Texas were looking for a way to raise money to provide scholarships for underprivileged and deserving San Antonio youth. With their knowledge of La Feria de San Marcos, the LULAC members decided that sponsoring a Rey Feo competition of their own would not only be fun, but charitable as well. Later, through the efforts of Logan Stewart, Rey Feo XXXII, a local prominent radio personality, El Rey Feo was formally invited to be part of Fiesta in 1980 and was given his own parade called Paseo Del Rey Feo. The Parade was an integral part of Fiesta from 1980-1987.

Now, Rey Feo merits Royalty status and is invited along with the other Fiesta Royalty, including the LULAC Feria de las Flores Queen who also raises scholarship funds, to ride in all of the four major Fiesta parades as part of the spectacular annual, 10-day Fiesta festival held every year in April in honor of the memory of the heroes of the Alamo and the Battle of the San Jacinto.

The Rey Feo Scholarship Foundation, a 501C3 non-profit organization, has raised over $7 million for scholarships given to over 3,000 students with 100 students presently receiving $1,500 for books and tuition. El Rey Feo’s principal function is to raise funds for the Rey Feo Scholarship Foundation (RFS). Each year, the RFS Foundation and the Consejo Real de Reyes Anteriores (consisting of former Rey Feos) select two prominent businessmen to compete for this prestigious title. The candidate who raises the most money during the months of May – October of the Feria de las Flores event is declared next year’s Rey Feo, with the runner-up serving as the crown designate for the following year. Each candidate must raise a minimum of $250,000 to qualify, and money raised is spent directly on scholarship awards benefiting San Antonio area youth. Normally, over 60 high schools participate. For the Fall 2017 awardees, 49 high schools in Region 20 had 111 awardees going to 35 different colleges/universities throughout the United States and selecting 41 different majors for their higher education. A majority of the scholars are first generation students coming from single parent, low-income homes.

During his reign, Rey Feo visits more than 60 elementary schools to encourage thousands of young people to stay in school, respect their teachers & parents, be good citizens, and challenges them to pursue a higher education. He is considered a goodwill ambassador for the city throughout the year.

Today, the program is becoming known as an “Economic Development Enhancement Program” based on the hundreds of students who have gotten a college/university degree which has led the betterment of the community. Students that are chosen often show a commitment to volunteering in the community and value the needs for a degree. They have the desire to learn the skills necessary to procure a successful life as they enter the job market preferably in San Antonio. 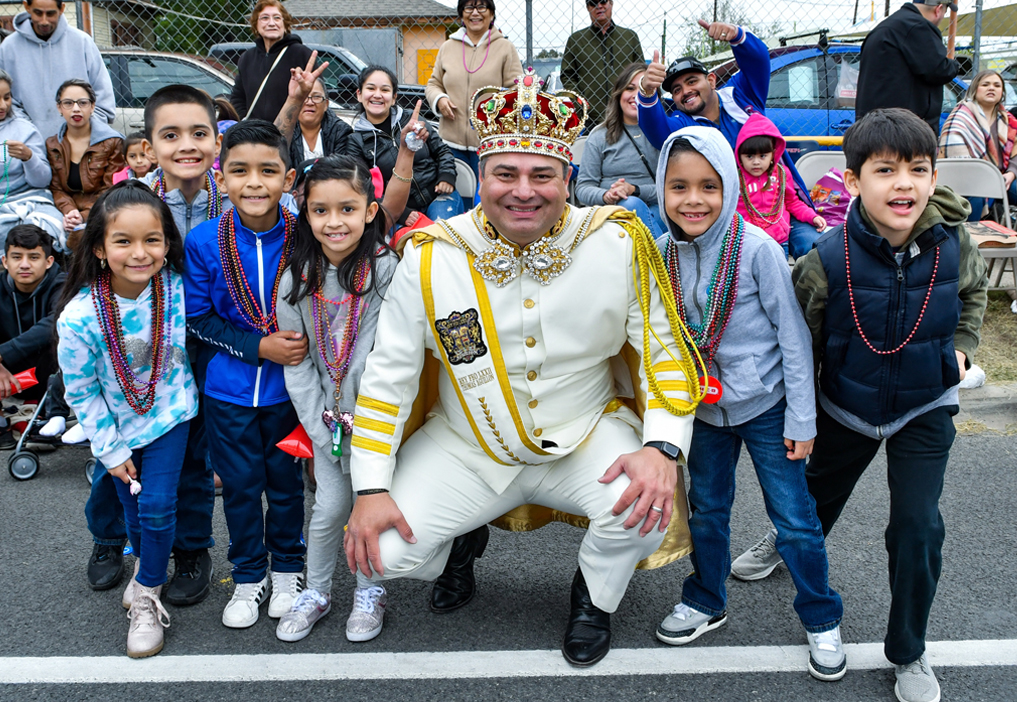 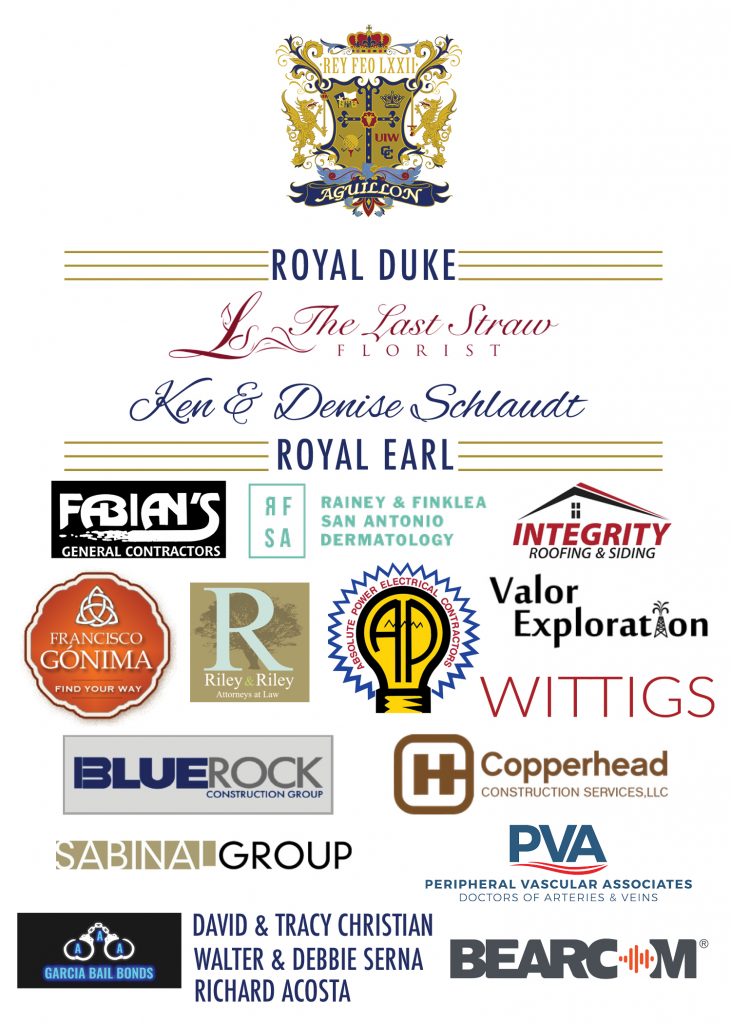 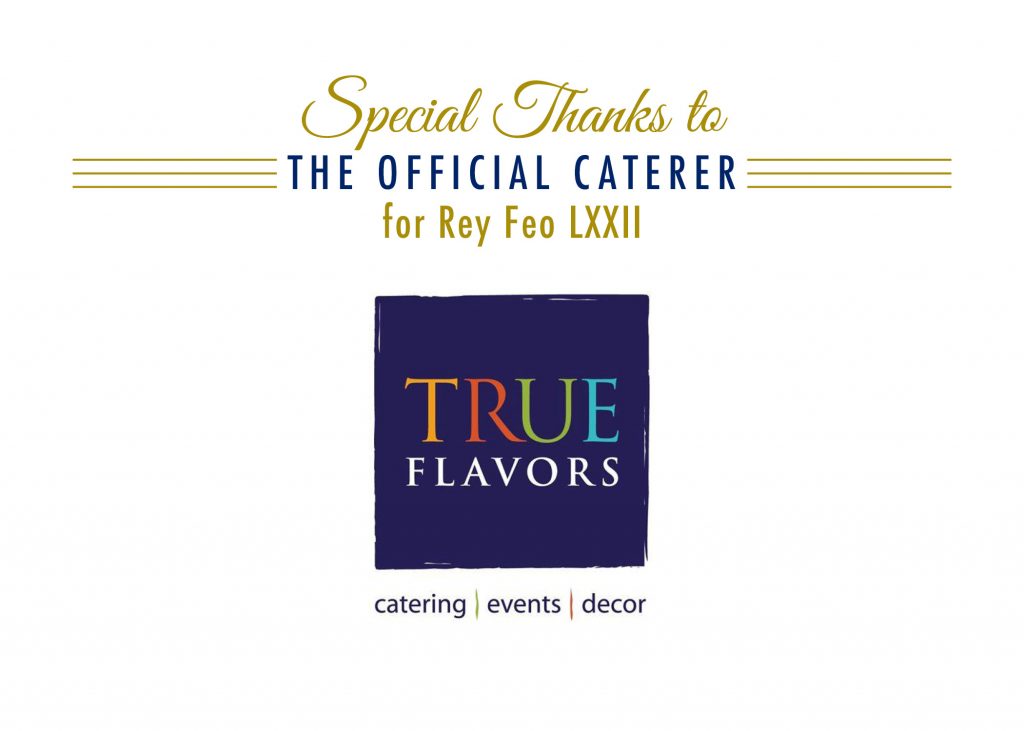 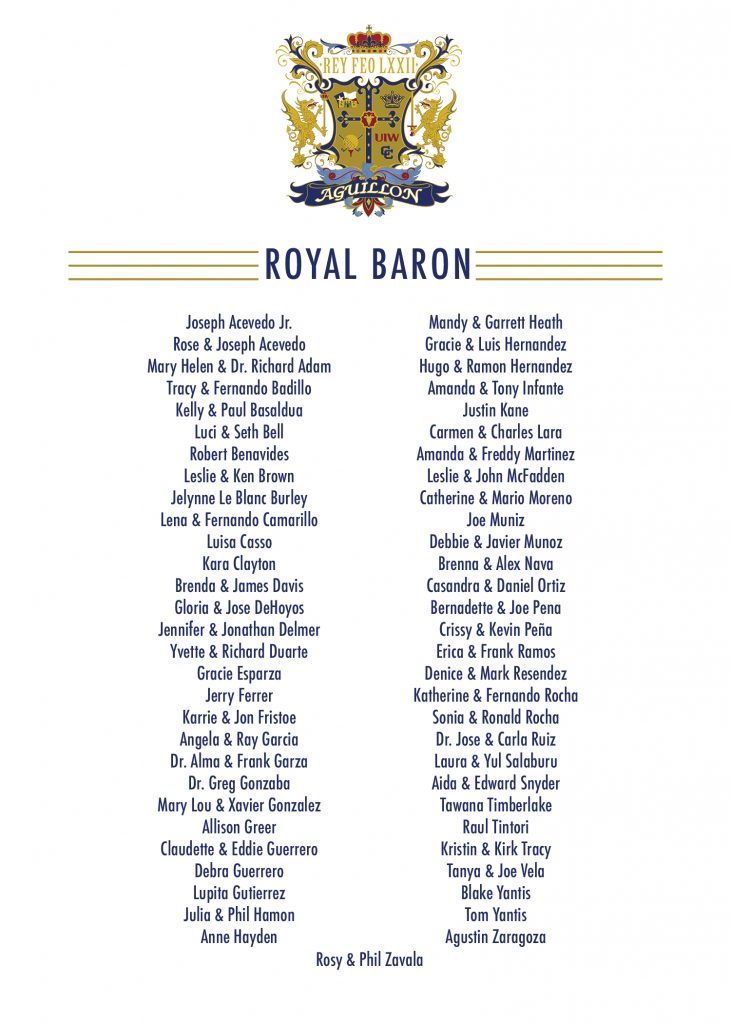 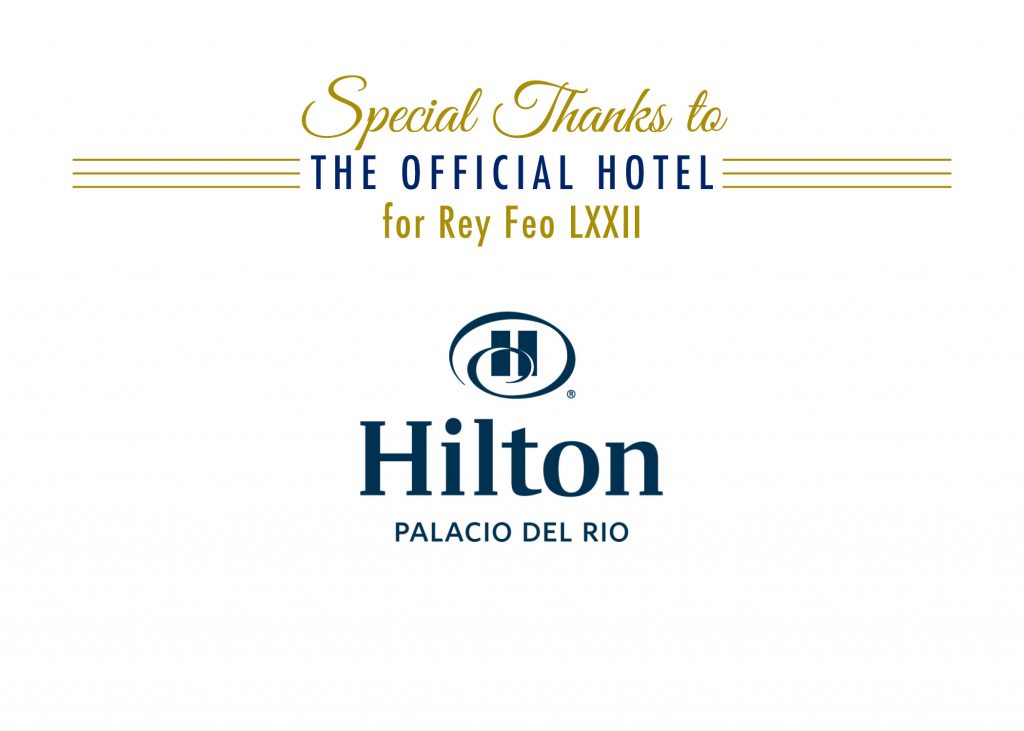 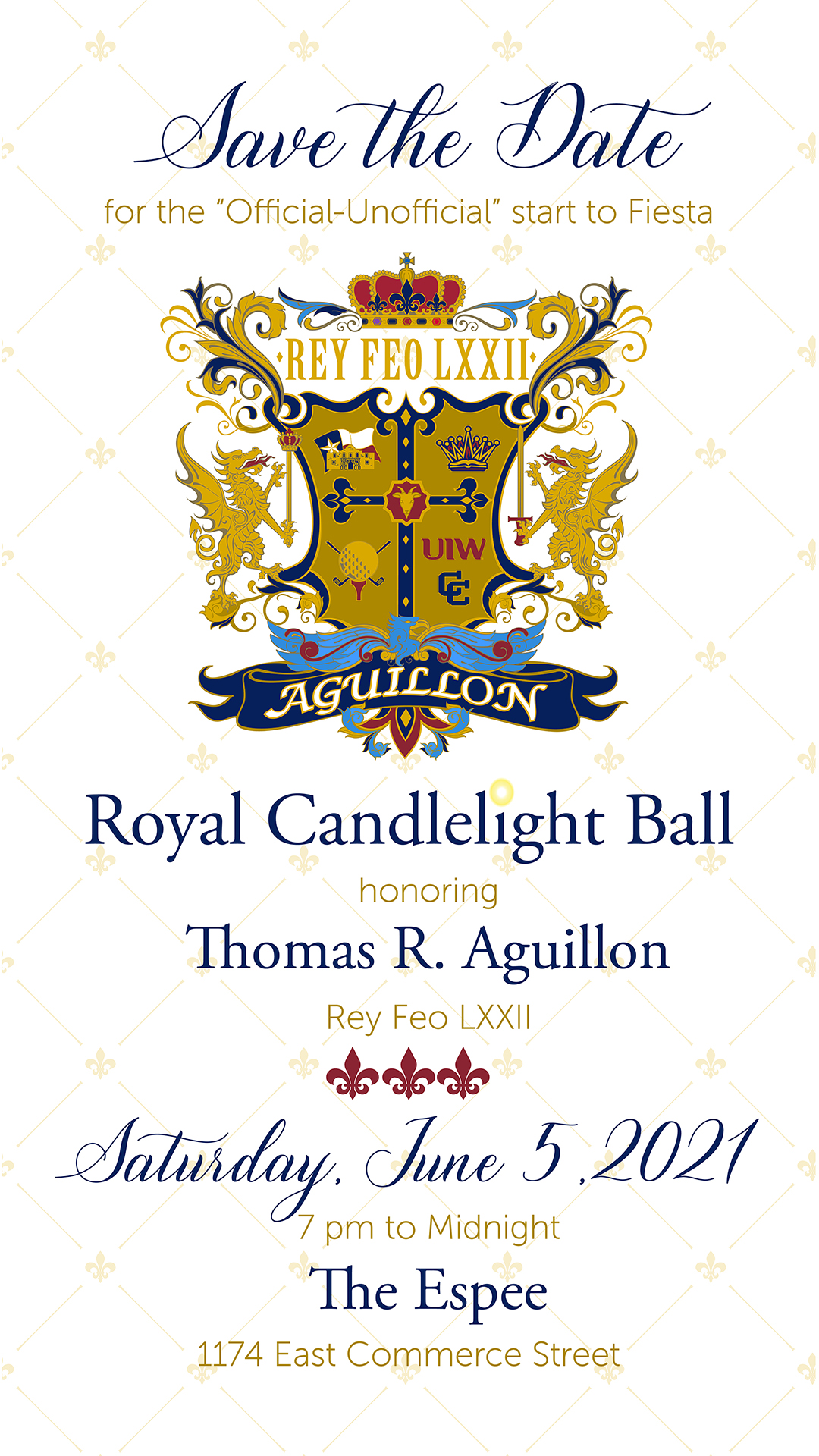